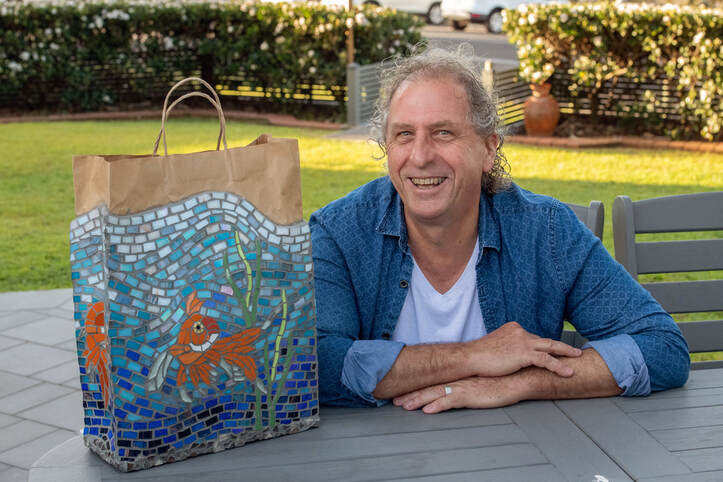 Paul Perry is a visual artist based in Bargara, Queensland who was absorbed in the South Australian Local Government sector for nearly 30 years before seeing the light and re-focusing on the visual arts.  Although he has formal engineering drafting qualifications, Perry did not practice his penmanship for long and forgot the smell and smudge of ink until he started at Art School in 2011.  He completed his Bachelor of Visual Art at the Adelaide Central School of Art in 2013 and is enthusiastically exploring his artistic expression across a range of two and three dimensional media and with a variety of approaches.

Perry has a bent towards figurative sculpture, although his enjoyment of drawing and painting lends itself to working across a range of media and creating multiple works that engage each other in dialogue.  His exploration of unconventional media for his drawings exemplifies his emphasis on material exploration and the processes for creative production.  He also has a liking to use text, either embedded within his work or as the object of his work. Since 2017 Perry has focused on mosaics as his favoured medium.

Perry exhibited in a number of group exhibitions associated with ACSA, including Uncharted Territory, the 2013 ACSA Graduate Exhibition.  He was selected as one of the exhibiting artists in the Helpmann Academy Graduate Exhibition in 2014.  His first solo exhibition, One Direction: 280 Drawings in 280 Days of Travel was held at the Bundaberg Regional Gallery in early 2016 and shown again at the Hahndorf Academy in South Australia in September 2016.  He has been involved in many group shows and public art projects since then.

His mosaic exploration led him to hold a solo exhibition in 2018, Flushed Out: Street Arts Meets Mosaics and a steady stream of mosaic projects and commissions since then through his mosaic business, Milpi Magic Mosaics.

A variety of his art works are held in various private collections. His public and community art can be found along the foreshore in Bargara and Innes Park, and at various locations in Maryborough.